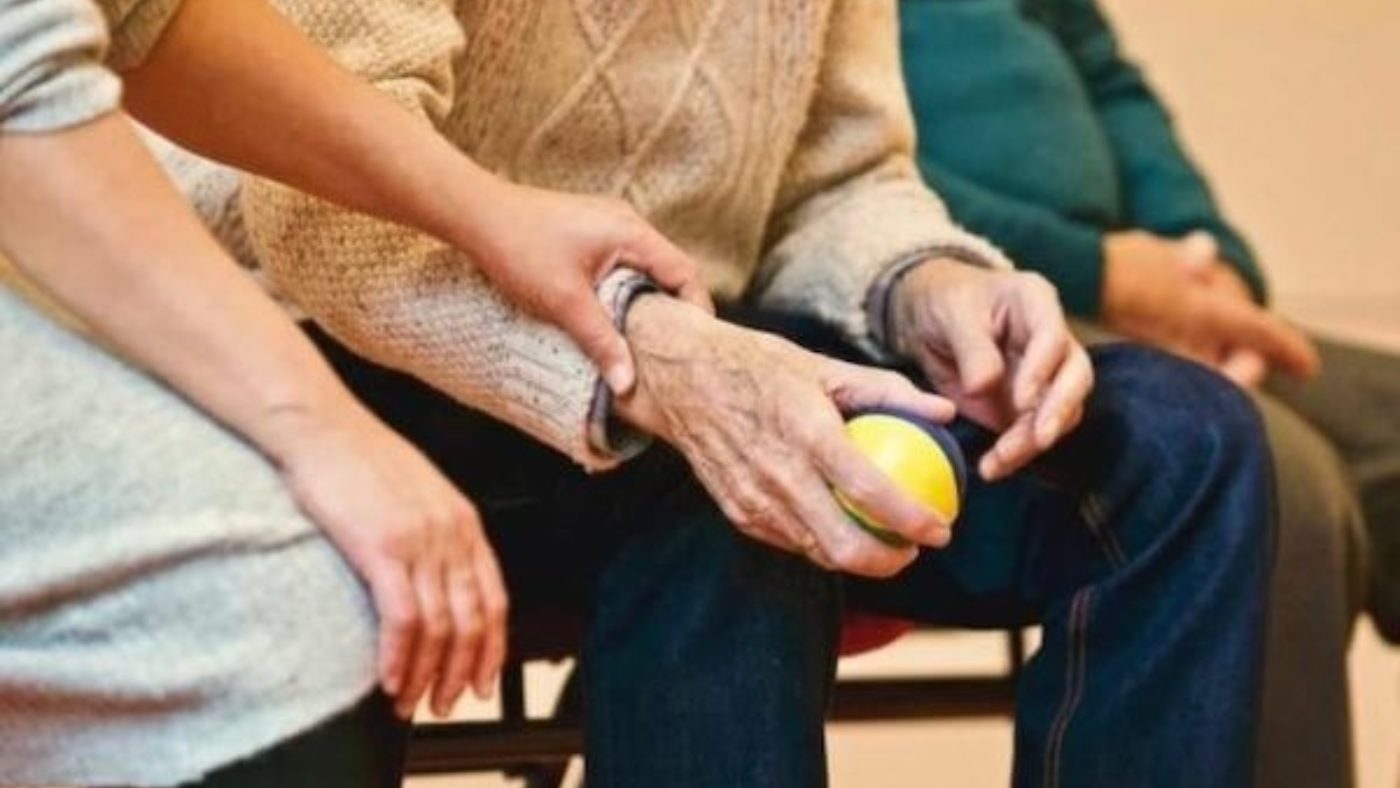 We all experience feelings of anxiety and worry at some point in our lives. It’s perfectly natural to do so and an expected part of life, especially if you’re nervous about a certain situation, a big decision, or an upcoming event such as an exam or an interview. These types of anxiety are completely normal.

However, if you feel anxious most of the time and these feelings don’t go away, then you may have an anxiety disorder. Anxiety disorders are a type of a mental health problem that can affect your day-to-day life and keep you from carrying on with your life normally.

In the post below, you’ll find an overview of the five main types of anxiety disorders.

People with panic disorder have recurrent, sudden and unpredictable panic attacks. We’ll be explaining more about panic disorder (sometimes known as panic anxiety disorder) in the section below.

What is panic disorder?

Panic disorder is an anxiety disorder which leads to panic attacks.

Panic attacks are exaggerations of the body’s normal response to danger, stress or fear.

Panic attacks can be sudden and unpredictable. They may occur unexpectedly with no particular trigger, or be brought on by a trigger such as a certain situation, person or place.

Panic attacks can appear very quickly — most panic attacks last between five and 20 minutes and symptoms tend to peak within 10 minutes.

If you're having a lot of panic attacks at unpredictable times and there doesn't seem to be a particular cause or trigger, then you may be diagnosed with panic disorder.

During a panic attack, people may experience the below physical symptoms:

During a panic attack, people may feel out of control, a sense of impending doom, or like they’re going to have a heart attack or going to die. They might also feel like they’re having an out-of-body experience.

Experiencing these symptoms of panic disorder without any obvious reason can feel very frightening. It can make people feel afraid of having another panic attack, and actively trying to prevent attacks by avoiding possible trigger places or situations.

When someone has anxiety or GAD, it means that they feel anxious a lot of the time, for long periods of time. These feelings can arise without anything specifically happening in their life to be anxious or worried about.

What is generalised anxiety disorder?

Generalised anxiety disorder is a mental health problem in which someone has a lot of worries and anxious feelings about different aspects of their life, often for little or no obvious reason.

These feelings can make them feel tense, on edge and worried, which can cause problems in different areas of their life, such as work or relationships. Anxiety can also stop people from enjoying socialising, trying new things or looking after themselves.

There are many different symptoms of generalised anxiety disorder and we don’t know much about GAD causes at the moment (there are probably lots of different factors involved). This means that it can be quite a broad diagnosis and that one person’s experience of GAD can greatly differ from another’s.

Anxiety can be experienced through our thoughts, feelings and physical sensations.

Here are some of the more common physical and psychological symptoms of generalised anxiety disorder:

If you have had some of these symptoms for a long period of time, and they are affecting your day-to-day life or causing you distress, then you may have anxiety.

OCD is a misunderstood mental health problem which has a lot of misconceptions. The term ‘OCD’ is thrown around and misused frequently in society; many people think that it is about being extremely neat and tidy, having cleaning rituals, or certain ‘little quirks’. However, there is much more to obsessive-compulsive disorder.

What is obsessive-compulsive disorder?

Obsessive-compulsive disorder is a mental health problem which has two parts: obsessive thoughts (known as obsessions) and compulsive behaviours (known as compulsions).

Obsessions are thoughts which are repeated, persistent, unwanted and unpleasant. They may be thoughts, fears, graphic images or urges. They can make you feel anxious, uneasy, disturbed, disgusted or frighted.

Compulsions are certain repetitive rituals, routines, behaviours or an act that the person with OCD feels they need to carry out. Compulsions can temporarily reduce the anxiety and relieve the unpleasant feelings caused by obsessions.

Obsessive-compulsive disorder symptoms can range from mild and manageable to very severe, disrupting day-to-day life in an extremely difficult way.

OCD affects people in very different ways; what one person experiences in terms of symptoms can be hugely different from someone else’s. However, OCD is typically characterised by a cycle of obsession, anxiety and compulsions.

We can separate OCD into two types of symptoms — obsessions and compulsions. Here are some common obsessions:

Here are some common types of compulsions:

OCD can be extremely challenging to live with and it can feel embarrassing, scary or upsetting to talk about. However, there are ways you can manage and treat this disorder.

Obsessive-compulsive disorder treatment usually involves talking therapies such as cognitive behavioural therapy (CBT) and medication. Your doctor will be able to tell you more.

If you have gone through something very traumatic or difficult, and you develop certain anxiety symptoms as a result, then you may be given a diagnosis of post-traumatic stress disorder (PTSD).

There are lots of misconceptions about PTSD, such as the idea that only military veterans who’ve experienced war-related trauma get PTSD, or that people with PTSD are violent, weak or living in the past. This is not the case at all.

Here is a brief overview of PTSD, including post-traumatic stress disorder causes.

What is post-traumatic stress disorder?

Post-traumatic stress disorder is an anxiety disorder that has been triggered by witnessing or being involved in a traumatic event.

This could be something harmful or life-threatening like a car crash, being sexually assaulted, abused, attacked, or doing a job where you repeatedly witness or experience traumatic events (such as being a firefighter or a war correspondent).

There are many different situations that can cause PTSD. The condition was first recognised in soldiers who came back from war, back then it was called ‘shell shock’.

The strong feelings of anxiety after a traumatic experience can lead to flashbacks and nightmares.

There is no timeframe for PTSD. Some people may suffer from post-traumatic stress disorder years or decades after events, such as a childhood trauma that has never been processed.

It’s normal to experience feelings of stress and anxiety after something traumatic happens, including feeling numb or disconnected, as well as having sleeping problems. But if these feelings don’t go away after a few weeks, then you may have PTSD.

Here are some common symptoms of post-traumatic stress disorder:

These symptoms of PTSD can affect lots of different parts of your life like your job, friendships, relationships, or sex life.

Everyone feels shy, awkward or nervous now and then — especially if they are meeting new people, going to a party with strangers, or have something big coming up like a presentation at work. These are normal feelings to have in these circumstances.

However, if your anxiousness and feelings of distress stop you from doing things, performing to the best of your ability, or being able to cope in new situations, then you may have social phobia.

What is social phobia?

Here are some common situations and social phobia examples that people tend to have trouble with:

If you have social anxiety, it doesn’t mean that all of these situations are a problem for you. Everyone has different experiences of social anxiety, so you might not find that having one-on-one conversations or eating in public is a problem, but you may find that public speaking or walking into a crowded room feels overwhelming.

Sometimes, people use medicine to help to reduce the physical symptoms of anxiety, such as propranolol tablets.

However, if you have social anxiety and you’re in a situation you find stressful, you might have physical social phobia symptoms like:

Mentally, you might feel anxious, panicky, worried, embarrassed, or scared. You may worry that people will judge you, or that you might say or do the wrong thing and offend someone.

You may start feeling like this and having these symptoms just before an event, or you could spend days or weeks before worrying about it, as well as dwelling on the event after it happened.

Anxiety can be experienced in lots of different ways. There are multiple mental health disorders that cause anxiety or include anxiety-like symptoms. These are known as anxiety disorders.

If you think you may have some form of anxiety or someone you care about does, then it’s useful to learn more about these different types of anxiety disorders. This can help you understand a little bit more about your own experiences and decide if you would like support.

Everything You Need To Know About Propranolol and Alcohol

Propranolol Side Effects: What To Expect From the Anxiety Medication