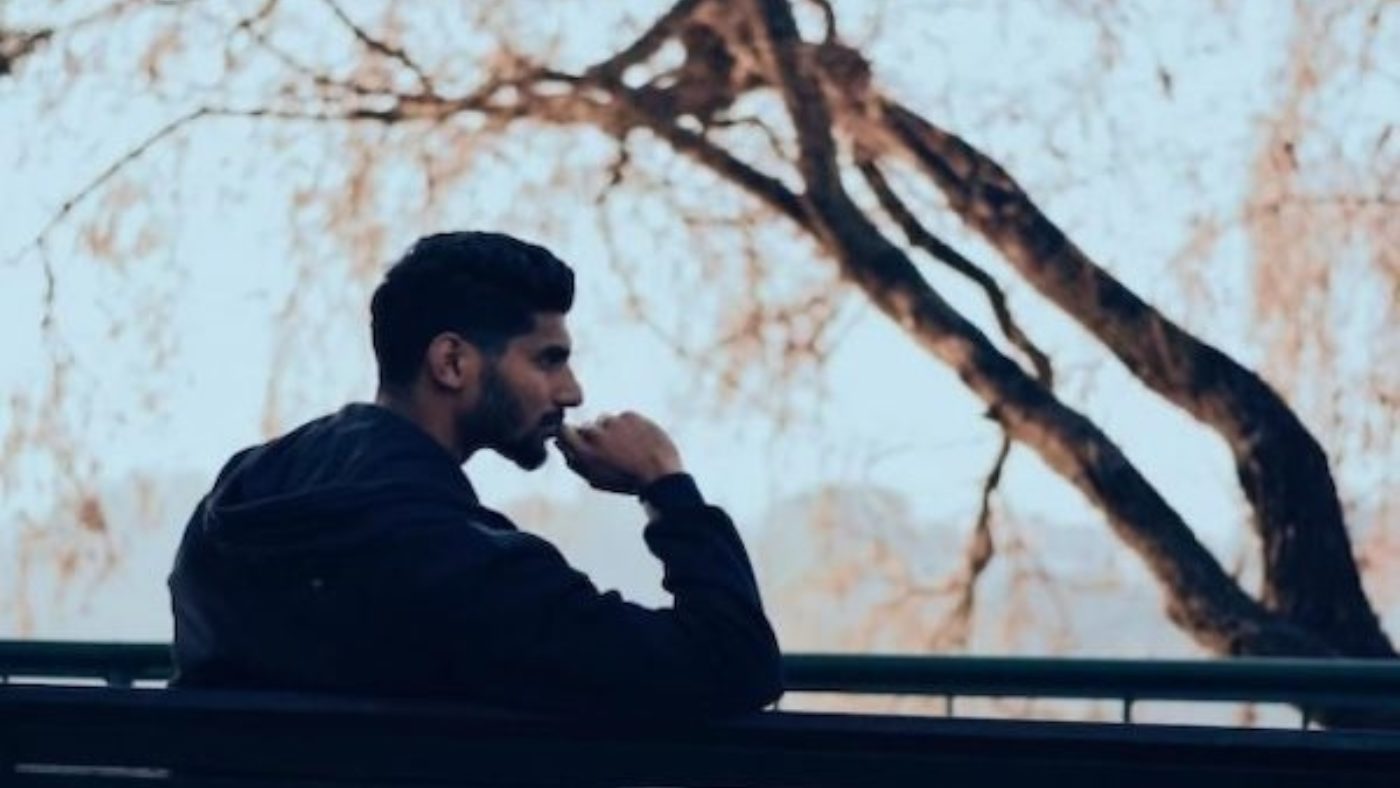 Naproxen is a popular pain medication and non-steroidal anti-inflammatory drug (NSAID) which is commonly used for effective pain relief for a number of different conditions. But what about Naproxen side effects?

If you’re thinking about using Naproxen to treat pain and reduce inflammation, you probably want to know more about how it will affect you, and whether there are any side effects you need to know about.

That’s why we’ve created this guide, so that you can find out more about the possible side effects that you may experience if you use this painkiller. We’ll talk about the side effects of Naproxen in more detail, from common side effects to more serious, long term effects, and anything else you need to know.

Want to find out more about the correct Naproxen dose amount for you?

What is Naproxen used for?

Naproxen is a powerful anti-inflammatory painkiller which is used to relieve muscular and joint pain, and relieve inflammation.

Naproxen is a non-steroidal anti-inflammatory drug (NSAID). It is used to treat conditions which affect the joints, such as rheumatoid arthritis, osteoarthritis and gout. It is also used to help with back pain, sprains and strains, period pain, and muscle and bone disorders.

Naproxen is a prescription medicine which comes in the form of tablets (such as an oral delayed release tablet or gastric-resistant tablets), or oral suspension (a liquid you drink).

A Naproxen tablet can come in a few different strengths. Here at The Independent Pharmacy, we offer Naproxen 250 mg & Naproxen 500 mg for the effective relief of short-term pain and inflammation without the need to see your GP.

NSAIDs are commonly used by lots of people for pain relief. However, they're not suitable for everyone, and can cause unwanted side effects. If you find that you do not get on with NSAIDs like Naproxen, there are other drugs that can help relieve pain and inflammation.

Like all medicines, Naproxen can cause unwanted side effects as well as positive health benefits.

This doesn’t mean that everyone who takes Naproxen will experience side effects. Most people will find Naproxen works effectively to relieve pain for them, with little to no side effects.

Naproxen is also thought to have fewer side effects than other anti-inflammatory treatments such as high-strength ibuprofen, particularly gastrointestinal side effects which are more common with these types of medicines.

However, as with all medicines, there is always a chance you may experience side effects, which is why it’s worth knowing more about the possible signs and symptoms.

Below is a summary list of known Naproxen side effects:

As you can see, the possible side effects of Naproxen vary from mild to severe. However, the chances of experiencing a severe reaction to Naproxen are very low. We’ll cover serious side effects and their symptoms in the section below.

This is not a complete list of possible side effects. If you notice other effects not listed above, contact your doctor or pharmacist.

Likewise, if you are concerned about any of the side effects we’ve mentioned, speak to your doctor straight away for further advice.

Common Naproxen side effects and symptoms

There are some side effects of Naproxen tablets that are more common than others.

This doesn’t mean that everyone who takes Naproxen will experience these side effects — they will affect approximately 1 in 100 people who take the painkiller.

Common Naproxen side effects include:

The gastrointestinal side effects we’ve mentioned above can generally be reduced or stopped completely by taking Naproxen with or after a meal to protect your stomach.

If you miss a dose of Naproxen, take the missed dose as soon as you remember. Never take more than two Naproxen 500mg tablets within a 24-hour window, and ensure you leave a gap of six to eight hours at least between doses to minimise risk.

If you are concerned at all about any of these Naproxen side effects, consult your doctor or pharmacist for further guidance.

Serious Naproxen side effects and symptoms

Experiencing serious side effects from Naproxen is very unusual.

However, it’s worth knowing what these side effects are, as well as the signs and symptoms that indicate them, just in case. If you do notice any of these signs, you may need medical attention.

Serious Naproxen side effects and their symptoms include:

You should always call your doctor immediately if you experience serious side effects like the above from any medication, including Naproxen.

If you feel like your symptoms are dangerous or life-threatening, call emergency services.

If you are ever in any doubt, check with a medical professional immediately.

In rare cases, it is possible to have a serious allergic reaction (anaphylaxis) to Naproxen.

You should not take Naproxen if you know you are allergic or if you have had an allergic reaction previously to any other anti-inflammatory drugs such as ibuprofen, aspirin or diclofenac.

These are the symptoms and signs that indicate a serious allergic reaction:

Seek medical attention immediately if you notice any of the above after taking Naproxen. These signs indicate a serious allergic reaction, and this must be treated as an emergency. Either call 999 or go to A&E.

There are a few Naproxen risk factors that you should speak to your doctor or pharmacist about before you decide to take this medication. They will be able to provide medical advice on how best to proceed.

For example, if you’ve experienced a heart attack, have heart disease or have risk factors for heart disease or events (such as high blood pressure), then your doctor may advise against using Naproxen.

This is because it can increase your risk of heart disease, heart attack or stroke.

Serious side effects and risks like this are typically greater for people who take NSAIDs like Naproxen for long periods of time (such as repeated daily use for weeks, months or possibly years). We will go into the long term effects of taking Naproxen in more detail below.

What are the long term effects of taking Naproxen?

It isn’t generally advised to take Naproxen for long periods of time, particularly in high doses.

This painkiller is mostly recommended for people with short-term, non-serious injuries or pain. This is because there are some health risks and side effects associated with taking Naproxen for long periods of time:

If you are taking Naproxen regularly — over weeks, months, or years — and you are taking big doses, it’s worth speaking to your doctor or pharmacist about your pain. They may be able to suggest a more appropriate long-term pain relief solution for you. In some cases, they may prescribe a secondary medicine to protect your stomach.

Drug interactions: what drugs should not be taken with Naproxen?

Naproxen 500mg tablets can interact with other medicines.

This means that it can affect how well other medicines work (or vice versa) and can also increase the risk of side effects on the body, some of which can be serious.

You should avoid using Naproxen if you are taking any of the following:

If you are already taking any of the above medicines or planning on taking them while using Naproxen, check with your doctor first.

Naproxen and other painkillers

If you are taking other painkillers and you want to start using Naproxen, you’ll probably want to know which ones you can take alongside it.

Some painkillers are fine to take at the same time as Naproxen, including:

This is because Naproxen is primarily an anti-inflammatory, whereas these others are different types of painkillers (for example, codeine is an opioid-type painkiller).

As you can see in the list above, Naproxen should not be taken alongside other anti-inflammatories, such as ibuprofen or aspirin. This can have a damaging effect on the stomach and intestines if taken long-term without the proper precautions.

If you are unsure about what you can and can’t take with Naproxen, speak to your doctor or pharmacist.

Does Naproxen make you sleepy or drowsy?

Naproxen can cause drowsiness and fatigue for some people, although this isn’t the case for many who use the painkiller.

This side effect is reported in between 1 and 10 people in 100. This means that the chances of experiencing this side effect are low, but you may feel sleepy or tired if you take Naproxen.

If these side effects occur, avoid driving or operating machinery.

Does Naproxen cause weight gain?

No, Naproxen does not cause weight gain — weight changes of any kind are not listed as a side effect of this painkiller.

Although Naproxen weight gain isn’t a side effect, Naproxen can cause fluid retention and swelling in the body. This may lead to temporary weight gain due to your body holding excess water.

If you experience sudden weight gain and you are concerned, speak to your doctor or pharmacist for further advice.

Does Naproxen cause stomach pain?

Naproxen can cause gastrointestinal side effects such as stomach pain, stomach irritation, indigestion, wind, heartburn and nausea.

However, Naproxen is thought to have fewer side effects than other anti-inflammatory medicines — it is generally regarded as being less harsh on the stomach than painkillers such as high-strength ibuprofen or diclofenac. In fact, Naproxen has now largely replaced diclofenac in the UK due to concerns surrounding the adverse effects on the gastrointestinal system caused by diclofenac.

Most of the time, stomach pain and other gastrointestinal problems can be avoided or reduced by taking Naproxen with or after food. Naproxen tablets should always be taken with food to protect the stomach and the stomach lining.

At The Independent Pharmacy, we only supply Naproxen in gastro-resistant tablets. This means that they have an extra protective coating, which further reduces the chance of any adverse effects on the stomach.

For more information on how to protect your stomach when taking painkillers, read this guide.

This is because Naproxen has a long half-life, which means it can stay in the body for a while, and be transferred to the nursing infant through breast milk.

Although the concentrations of Naproxen in breast milk appear very low in the limited studies available, we still don’t know what the risks of exposure are to babies.

Naproxen isn’t recommended during pregnancy either. This is because there may be a link between taking Naproxen later on in pregnancy and birth defects (particularly, damage to the baby’s heart).

If you are breastfeeding, pregnant, or planning to get pregnant, and you currently take Naproxen, then you should speak to your doctor. They may suggest other treatments that are safer for you and your baby.

Naproxen is a powerful anti-inflammatory painkiller which is used to relieve pain and inflammation, specifically in the muscles and joints (such as arthritis).

Compared to other anti-inflammatories like high-strength ibuprofen or diclofenac, Naproxen is considered to have fewer side effects and be less harsh on the stomach.

However, like all medicines, there is still a chance of experiencing side effects when taking Naproxen.

The most common side effects are gastrointestinal, including stomach irritation, diarrhoea, wind, constipation, nausea and vomiting. These side effects can generally be avoided or reduced by taking Naproxen with or after food.

At The Independent Pharmacy, we supply prescription Naproxen in gastro-resistant tablets — which means they have an extra protective coating to reduce the risk of gastrointestinal side effects even further. You can buy Naproxen tablets here for effective pain relief. Simply fill in our online consultation form and one of our qualified prescribers will be able to approve your order and dispatch your medication.

If you experience any severe, painful or long-lasting side effects of Naproxen, speak to your doctor or pharmacist for further guidance.

Naproxen Dosage - Everything You Need To Know

How To Treat Trapped Nerves: Your Treatment Guide

We stock 589 treatments for 72 conditions