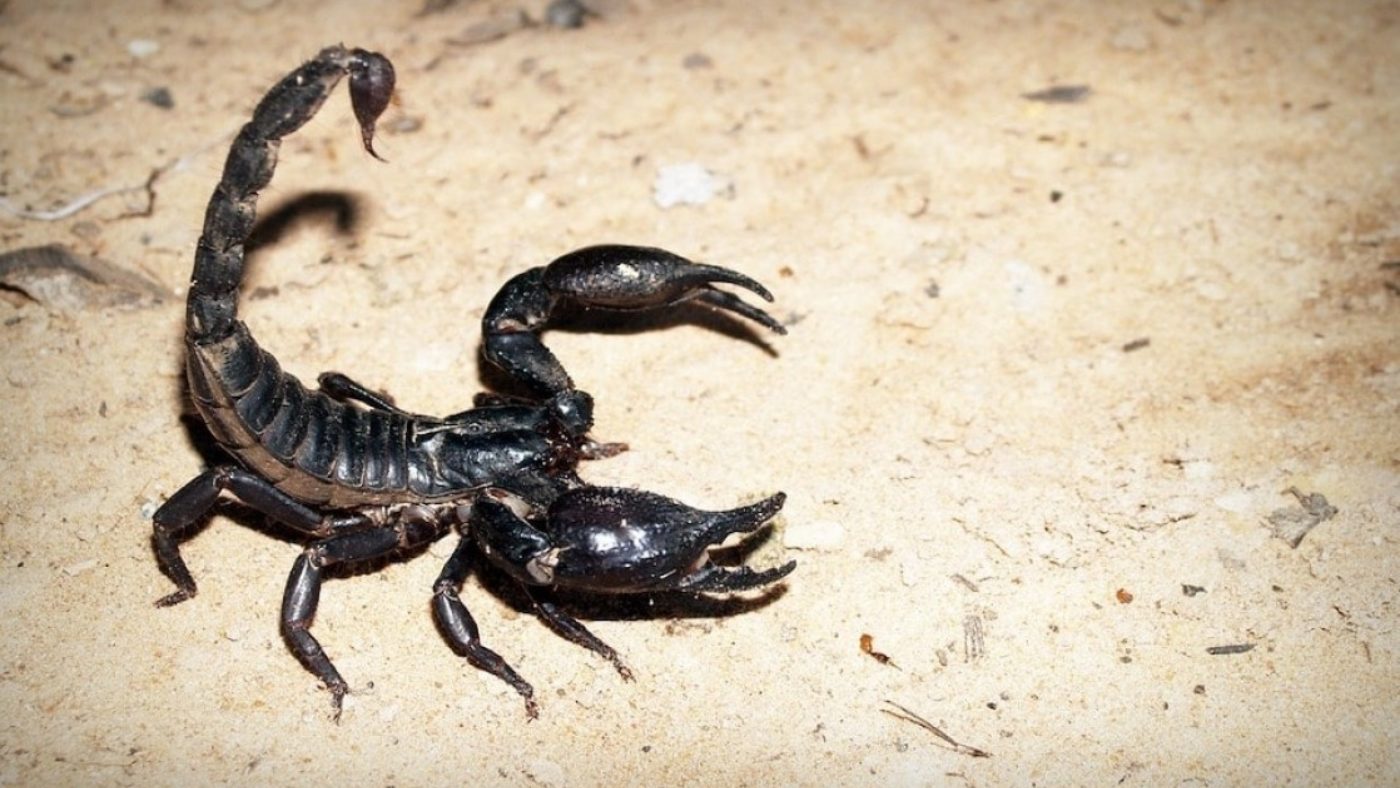 Treating erectile dysfunction online has been popular since the first online pharmacy launched in the early 2000s. Well-known ED treatments, such as Viagra and Cialis, have been ever-present, but now Kamagra is slowly making a name for itself online as a possible treatment for erectile dysfunction. It has managed to peak the interest of sufferers of ED so much that it receives an average of 100,000 searches per month in the UK alone!

However, for most people, Kamagra remains an unknown. Is Kamagra safe? Is Kamagra legal?

We decided to do some investigating to get all the answers you need to make an informed choice on this new ED treatment.

Kamagra is a branded erectile dysfunction treatment that contains Sildenafil Citrate. Sildenafil Citrate is the same active ingredient contained in the well-known blue pill, Viagra. Kamagra is produced by manufacturers in India and is marketed directly to the public in the UK as a cheap alternative to Viagra, Cialis, or Levitra.

Kamagra is available as several coloured tablets, effervescent tablets, and flavoured jellies. It is produced by Ajanta Pharma in India and is unlicensed to be used in the UK and Europe.

How does Kamagra work?

Normally, when a man becomes aroused, there is increased blood flow to his penis, allowing him to achieve an erection. With erectile dysfunction, the blood vessels can become narrowed, allowing less blood flow to the penis, making it harder to gain a healthy erection.

Sildenafil Citrate relaxes the blood vessels that supply the penis, allowing more blood to flow to the penis, making it easier to get a satisfactory erection.

Kamagra supposedly contains Sildenafil; however, as the manufacturing of Kamagra is not regulated this cannot be tested or verified.

Kamagra is an unlicensed ED treatment that is made in India. It has not been approved for use in the UK or Europe, meaning that there is no regulatory oversight of Kamagra production to ensure that it meets the required standards for medicines in the UK.

There are no guarantees that Kamagra even contains the active ingredients that it claims it does, and the other ingredients used to make the product are often unknown.

When you are unsure of the ingredients of a medicine it leaves you open to some risks including:

We have all heard many news stories of people harming themselves by buying unlicensed medicines or supplements from unregulated websites. The question is, knowing that it has not been approved for use in the UK and taking into account the abundance of bad reviews online – is it worth the risk?

There have been a number of high profile raids and seizures of counterfeit medicines in recent years as the MHRA has cracked down on fake medicines. Many of these arrests have involved Kamagra tablets and resulted in long prison sentences for those selling them.

How do I buy Kamagra?

Kamagra can only be bought online as it is not legal in the UK or Europe.

It is not offered by legitimate online pharmacies as it is neither safe nor legal to supply. Instead, it is often sold by unregulated websites based abroad. This means that Kamagra customers are not properly screened to ensure the treatment will be safe and effective for them; patients are often left with little to no information or support about the treatment they receive.

If you buy Kamagra online from a website, there are many potential negative consequences: from credit card fraud to serious medical emergencies. As the websites that provide Kamagra are largely unregulated, there is little guidance on how they store and use your personal details, including your credit card information.

These sites are not run by healthcare professionals — any information you receive may be inaccurate as the sellers do not have the necessary knowledge or qualifications to help you.

Registered pharmacies are legally required to show the logo pictured below on their website. When buying medicines online, always stick to sites displaying the logo to ensure the products are genuine.

Why is Kamagra available in different forms to Viagra?

Kamagra is available in several different forms – coloured tablets, effervescent tablets, and jellies. These are produced as a novelty to attract people to use them instead of safer, regulated alternatives such as Viagra and generic Sildenafil.

When medicines like Viagra are approved in the UK, they must prove that they contain the exact amount of active ingredient that they say they do and that the medicine will, in fact, have the desired effect on the body. The drug’s effect is entirely dependent on it being released properly into your body from the dose that you take. Sildenafil (Viagra) has proven to be effective in tablet form, but this does not necessarily mean that it will deliver a safe dose as an effervescent tablet or jelly.

Yes, although Kamagra is the most well-known brand of unlicensed Viagra, there are many other treatments available online that claim to have the same active ingredient. These include:

All of the above treatments claim to contain Sildenafil, although this cannot be confirmed as their production is not subject to regulation.

What is Super Kamagra?

Super Kamagra is another unlicensed treatment available that contains both the erectile dysfunction treatment Sildenafil and Dapoxetine – a drug to treat premature ejaculation. Super Kamagra is based on a combination of the licensed medicines Viagra and Priligy. This is an unsafe combination that is not advised to be taken together as each drug can cause a drop in blood pressure that can combine to lead to dizziness, fainting, and falls.

For most men that suffer from both erectile dysfunction and premature ejaculation, ED treatments such as Viagra or Cialis will normally improve PE as well. For this reason, it is unnecessary to risk your health by taking an unlicensed combination treatment like Super Kamagra.

What is the difference between Kamagra & other ED treatments?

Kamagra claims to contain Sildenafil 100mg, the same dosage as the higher strength of Viagra and genuine generic Sildenafil tablets. Sildenafil belongs to the same family of drugs as those found in other well-known ED treatments such as Cialis, Levitra, and Spedra.

The main difference between Kamagra and the other ED tablets is in manufacturing and licensing. Kamagra is not a licensed treatment, therefore you cannot be sure that it claims the ingredients that it states, or be sure which chemicals the manufacturer has used to make the product. Licensed products like Viagra and Cialis have to comply with strict guidelines throughout the manufacturing, storage, and supply process, as well as undergoing strict clinical trials to prove their safety. These strict regulations allow you to have confidence that a licensed medicine contains exactly what it says it does, and that it has been proven to be both safe and effective in humans.

Are there alternatives to Kamagra?

Thankfully, there are alternatives to Kamagra that are perfectly safe and legal.

As mentioned above, many ED treatments have been approved for use in the UK that contain Sildenafil or a similar drug, such as Tadalafil. They include:

With the recent rise in legitimate online pharmacies, access to genuine medicines has never been easier for people who don’t have the time to see their doctor or are embarrassed to discuss their problem face-to-face. Medicines such as Sildenafil, Viagra, and Cialis can be easily bought online by completing a short medical questionnaire to allow a doctor to ensure the treatment will be safe and effective for you. The doctor can then produce a valid prescription for the associated pharmacy to be able to dispense you a genuine, licensed ED treatment.

In April 2018, the MHRA has approved the launch of Viagra Connect, an over the counter Viagra that is available from pharmacies and legitimate online pharmacies to try and reduce the dangers of unlicensed ED treatments in the UK. Read more about Viagra Connect and how it works.

Alternatively, many non-medical ED treatments could be an option instead of Kamagra.

How much cheaper is Kamagra than genuine ED tablets?

Not as much as you may think – and certainly not enough to make the risk worthwhile!

Unlicensed Viagra, such as Kamagra, can typically be bought online from around £1.50 - £3.00 per tablet/jelly, depending on the specific brand, the quantity that you buy, and the website that you purchase from.

Branded Viagra is a more expensive treatment, ranging from around £5.00 - £10.00 per tablet, again depending on a number of factors including strength and quantity purchased.

There is, however, a far more cost-effective way to get genuine Sildenafil tablets. Now that the patent on Viagra has expired, it allows regulated manufacturers to produce the tablets at a much lower cost whilst meeting all the same safety and quality requirements associated with the more expensive Viagra tablets. These are known as ‘generic’ treatments, and a number of them have been approved for use in the UK.

Generic Sildenafil tablets can be purchased safely online from £2.00 - £4.00 per tablet. This means that you can get the peace of mind of buying a genuine, approved medicine at prices comparable to the unsafe alternatives.

Here's more advice on how to stay safe when buying medicine online.

If you are thinking about buying Kamagra online, the question that you need to ask yourself is, “Is this worth the risk to potentially save less than £1 per tablet?”. We know what we’d do...

What Is ED? Everything You Need To Know About Erectile Dysfunction

We stock 577 treatments for 72 conditions