Finacea is a prescription-only gel used to treat rosacea: a common skin condition that causes redness, flushing, swelling and a bumpy rash to appear on the sufferer’s face.

Finacea can also be used to treat milder forms of acne on the facial area, particularly if stronger topical treatments are not working well for you.

Although Rosacea affects 1 in 10 people, its exact cause is unknown and there is currently no cure. There are, however, medications like Finacea that will successfully treat the symptoms and appearance of rosacea.

If you’re affected by rosacea or acne and you’d like to know more about how to treat it using Finacea, you’ve come to the right place.

We’ll answer any questions you have about Finacea on here so that you know what to expect if you decide to use this treatment. Read on to find out more.

How does Finacea work for rosacea?

Finacea contains the active ingredient azelaic acid. Azelaic acid works by blocking the body’s natural production and growth of keratin surface skin cells — which are responsible for clogging up pores.

As a result, papules, pustules and spots are much less likely to occur on the face. This also means that the swelling and redness of the skin normally associated with rosacea decreases too.

The azelaic acid in Finacea gel also works by killing off the bacteria on the skin that is associated with acne and rosacea. This bacteria —  propionibacterium — feeds off your body’s sebum and produces fatty acids and waste products. These lead to irritation of the sebaceous glands, which inflames them (causing the redness and swelling) and creates spots and bumpy rashes on the face.

How long does it take for Finacea to work?

If used correctly, Finacea can reduce the visible effects of rosacea over the course of a few months. Improvements in rosacea or acne can usually be seen within the first month of using the gel.

However, it’s important to mention that you need to be consistent with your use of Finacea: improvements will only occur if you are regularly applying the gel to the area, twice a day (more on the application and use of Finacea below).

Any breaks in your use of Finacea will impede the success rate of the gel. This is due to azelaic acid in the gel no longer unclogging the pores and glands on your face, or killing the bacteria on the skin.

Does Finacea work for everyone?

Finacea has a relatively high success rate when it comes to treating rosacea and acne, and many users report an improvement in their condition thanks to Finacea. For more feedback from users, visit our page of Finacea customer reviews.

However, Finacea doesn’t work for everyone. Some people may find that Finacea makes no difference to their rosacea or acne and will need a stronger medication — alternative treatments, like Soolantra Cream, can be found here. A small percentage of users may also find that Finacea has an adverse effect and causes skin irritation and flare-ups. For more information on possible side effects, head over to our Finacea side effects page.

Additionally, you should avoid using Finacea if you are under 12, pregnant or breastfeeding. You should speak to a doctor or pharmacist if you fall into any of these categories and are planning on using Finacea.

Where can I buy Finacea gel?

Finacea is not available over the counter without a prescription.

You can buy Finacea gel online from The Independent Pharmacy — starting a free online consultation is easy, and we can even get it sent out to you the next day once it is approved by our medical team.

How do you use Finacea?

Finacea is easy to use. Make sure you wash your hands thoroughly before you start the application. Then, clean the affected area with water and a mild cleansing lotion or soap — avoid anything too fragrant or strong.

Once you have cleaned the area, simply apply the gel directly to the affected skin on your face, gently massaging the gel into your skin until it has been absorbed.

Finacea should be used sparingly: roughly 0.5 g of the gel is enough for your entire facial area.

Finacea is an irritant, so try to avoid your eyes when you are applying it to your face. If you do get a bit in your eyes, mouth or nose, then rinse immediately with plenty of water. You should also wash your hands once you have finished applying the gel.

Apply the treatment to the affected areas twice a day (in the morning and evening) or as prescribed by your GP.

Do you need to use Finacea with moisturiser?

You do not need to use a moisturiser with Finacea, but if you are prone to very dry skin, you may want to moisturise. Avoid heavily perfumed moisturisers, however, and stick to moisturisers for sensitive skins. You can apply moisturiser before or after Finacea — it’s up to you.

Does Finacea have steroids in?

No, Finacea does not contain steroids. For the full list of active and inactive ingredients in Finacea gel, check this list.

What else does Finacea help with?

Finacea is good for treating a number of skin problems associated with rosacea and acne. Below we’ve covered what Finacea can and cannot help with.

Finacea does help to reduce the redness associated with rosacea. You should start to see this redness settling down within the first four weeks of using the topical treatment.

Does Finacea help for hyperpigmentation?

Hyperpigmentation is a medical term used to describe darker patches of skin resulting from excess melanin production, which can be caused by acne scars. If applied to this area, Finacea can help to reduce the appearance of hyperpigmentation.

Does Finacea get rid of blackheads?

The active ingredient in Finacea — azelaic acid — works to unblock pores and sebaceous glands to stop oily build-ups, therefore reducing the formation of spots such as blackheads.

Does Finacea help with melasma?

Melasma is a common skin condition which causes brown or greyish-brown pigmentation on the skin, resulting in patches, usually on the face. The azelaic acid in Finacea can help to lighten this pigmentation and reduce the appearance of melasma after use.

Does Finacea help with wrinkles?

Although not a proven effect of the gel, Finacea may help to reduce wrinkles associated with rosacea.

Does Finacea help with acne scars?

Finacea can help to fade light surface acne scars and minimise their appearance over time.

Finacea 15% gel is a topical treatment created by Bayer that is used to treat the symptoms of rosacea and acne. Finacea can alleviate the redness and swelling of rosacea, stop the growth of spots, and reduce the skin problems associated with rosacea and acne such as hyperpigmentation, melasma and acne scars.

Finacea cannot be bought over the counter and is only available on prescription. If you suffer from rosacea or acne and think it may be the right treatment for you, contact us for a free consultation.

Here are some more ways to calm your rosacea down. 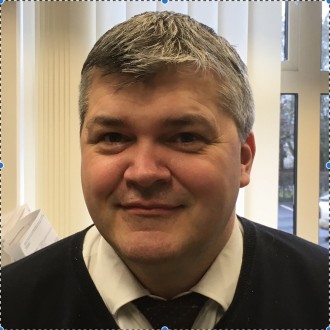 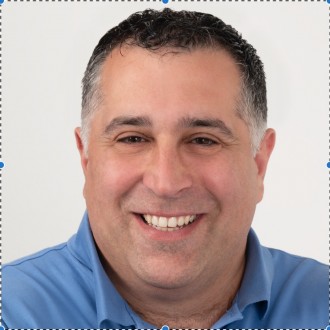