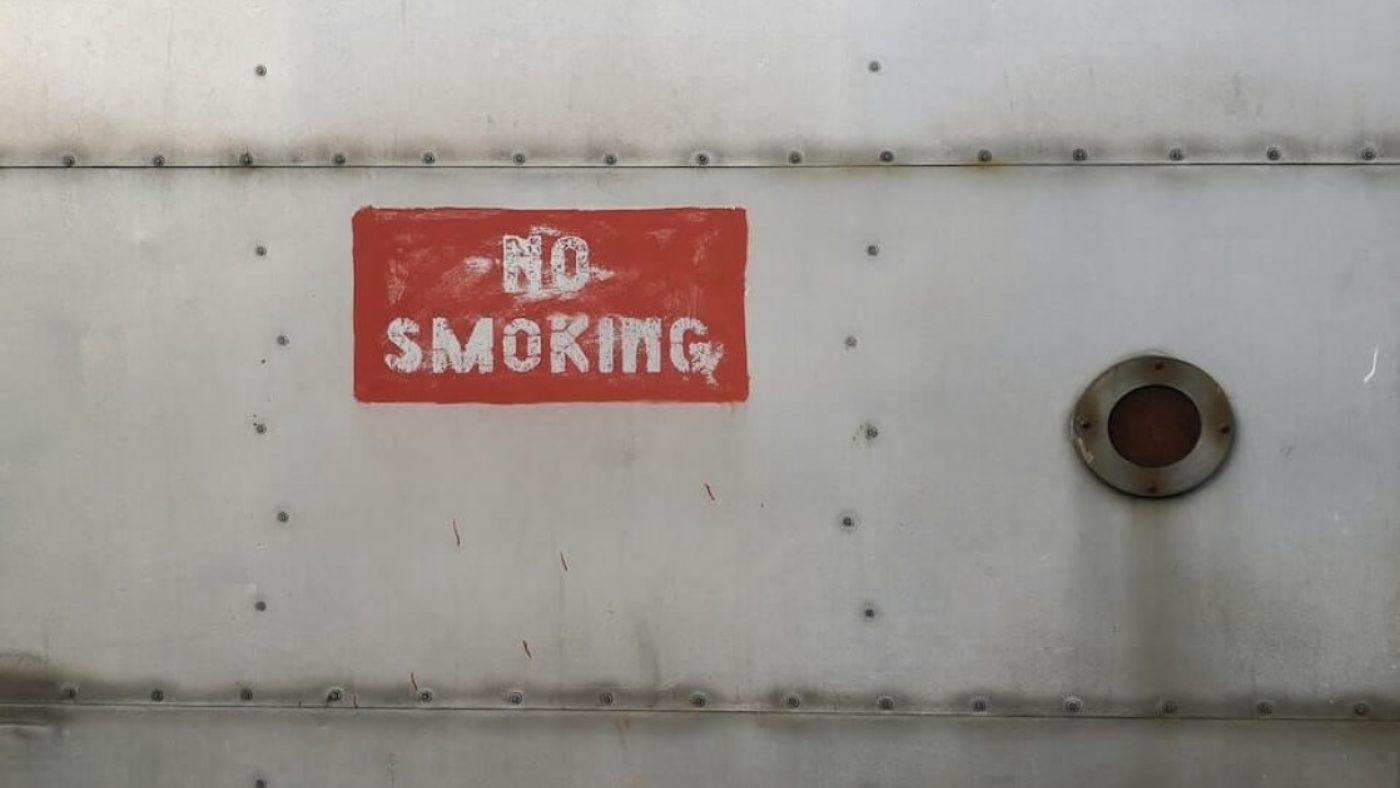 If you want to stop smoking, Champix tablets can help. This effective, prescription-only medicine reduces cravings for nicotine while also blocking the rewarding and reinforcing effects of smoking. But what is the right Champix dose to use?

If you’re looking for more information about Champix doses, you’ve come to the right place. In this guide, we’re taking a closer look at the different strengths of Champix dose, as well as how to take this popular smoking cessation medicine, and how long it takes to work. Read on to find out more.

To find out more about how Champix works, visit our dedicated guide that answers questions such as ‘how does champix work?’.

To read about how real users found using this treatment, head to our Champix reviews page.

Why it’s important to get the dosage right

As with any medicine, it is important to take Champix exactly as your doctor or pharmacist prescribes it. That means using the correct Champix dose recommended throughout your course of treatment.

If you do take a stronger Champix dosage than is recommended, the chances of experiencing adverse side effects from using this medicine are increased.

Likewise, if you take a lower dose of Champix than your course of treatment asks for, it might not effectively counteract the nicotine withdrawal symptoms experienced while quitting smoking.

If you are unsure about how you should be taking Champix or which Champix dose you should currently be taking, get in touch with our team at The Independent Pharmacy or speak to your doctor for further guidance.

The difference between Champix dosage amounts

There are two different strengths of Champix: Champix 0.5mg and Champix 1mg.

These different Champix tablets are used in sequence to decrease the risk of experiencing adverse Champix side effects and increase the chances of stopping smoking.

The Champix Starter Pack contains both 0.5mg and 1mg tablets. A pack containing only 1mg tablets is also available.

You can buy both on our Champix product page.

Champix 0.5mg tablets are used in the first week of your Champix course of treatment.

From days one to three, you should take one white Champix 0.5mg tablet once a day.

From days four to seven, you should take one white Champix 0.5 mg tablet twice daily, once in the morning and once in the evening, at about the same time each day.

Starting with this lower Champix dose and building up the levels of Champix in your system gradually means you are less likely to experience any adverse side effects.

Champix 1mg tablets are then used from your second week of treatment onwards. This will generally be for 12 weeks, although people who have previously tried and failed to stop when using Champix for 12 weeks may try again using a longer course of 24 weeks.

From day eight until the end of your course of treatment, you should take one light blue Champix 1mg tablet twice daily — once in the morning and once in the evening.

This Champix dose should be taken at roughly the same time every day.

How to take Champix

If you’ve never taken Champix before, you will need to use the starter pack first.

The Champix starter pack helps you gradually increase your Champix dose to the recommended daily dosage of 1mg twice daily. This will decrease your risk of experiencing negative side effects and increase your chances of quitting smoking.

A usual course of treatment of Champix is 12 weeks. The starter pack contains enough tablets for the first four weeks of treatment, so you will also need to buy packs of Champix 1mg tablets to complete your treatment course.

The starter pack tablets are laid out exactly how you need to take them:

Up to day 8, you can continue to smoke when you want to. However, after day 8, you will need to decide on a day to stop smoking.

The majority of users pick a ‘stop date’ between day 8 and day 14 of treatment, but it’s up to you when you stop smoking. It is possible to pick a stop date up to five weeks after starting the treatment course if you’re not ready to give up earlier.

Once you have finished your treatment course and successfully stopped smoking, you may need to gradually reduce your Champix dosage rather than stopping suddenly. This will help reduce your chance of starting again and ensure you stay cigarette-free.

Your Champix course of treatment can also be extended for another 12 weeks (making it up to 24 weeks) if you haven’t been successful.

It is not recommended to drink alcohol excessively whilst taking Champix.

This is because consuming alcohol while taking varenicline — the active ingredient in Champix — is thought to increase the risk of developing mood disorders or experiencing adverse behavioural changes.

Varenicline may also change the way your body reacts to alcohol and the impact that drinking has on you. Some patients have reported a decreased tolerance to alcohol, which has resulted in increased drunkenness, changes in behaviour and memory loss.

There is a limited amount of clinical data on the interaction between varenicline and alcohol — any causal relationship and adverse effects need to be further established. Therefore we would advise that you only drink alcohol in moderation while completing a course of Champix.

Champix can be taken safely alongside most medicines — both prescription and non-prescription. It isn’t expected to interact with other medicines and interfere with how they work.

However, there are a few medicines which have the potential to interact with Champix tablets:

In some cases, the doses of certain medicines may need to be adjusted while taking Champix. Always consult your doctor before starting treatment to be sure — they will be able to advise you further.

Stopping smoking itself, whether you are using Champix or not, can also change levels of different chemicals in your body, which can in turn alter how your medicines work. This may include:

If you’re thinking of quitting smoking and you are currently taking any of the above medicines, you should let your doctor know so that this can be closely monitored and your doses can be adjusted if needed.

How long does Champix take to work?

The length of time for a Champix treatment course is 12 weeks.

During this time you should follow the usual Champix dose regimen. This will allow Champix to build up in your body, which will help stop any ‘cold turkey’ or withdrawal symptoms when you are stopping smoking.

There needs to be enough Champix in your system to prevent these cravings or withdrawal symptoms — this is how the treatment works to stop smoking.

It takes approximately one to two weeks for Champix levels to build up in your body. For some people, it may take over five weeks to see the full benefits. Depending on how your body reacts to Champix, you may want to set your ‘stop date’ accordingly.

Most people pick a ‘stop date’ between day 8 and day 14 of treatment, but you can pick one up to five weeks after starting the treatment course if you don’t feel ready to give up at an earlier date.

What is an alternative to Champix?

There are a few different alternatives to Champix if you want to try another method or treatment to help you stop smoking. These can be prescription medicine or over the counter options.

Bupropion (brand name Zyban) is an Champix alternative that can help you to quit smoking.

Bupropion is actually an antidepressant, but it has since been found to help people stop smoking. It isn’t known exactly how this medicine works to reduce smoking urges, but it is thought to balance out chemicals in the brain involved in addictive behaviour.

Bupropion comes in the form of tablets and is prescription-only so you’ll need to see your GP to get it. A treatment course normally lasts around eight weeks.

Alternatively, there are many different over the counter NRTs (Nicotine Replacement Therapy), such as:

These are available to buy at pharmacies or supermarkets.

They can vary in strength. The right strength for you will depend on how addicted to cigarettes you are and the level of nicotine you need.

Treatment with an NRT normally lasts around 8-12 weeks.

You could also use e-cigarettes or vapes as a cigarette alternative. With e-cigarettes, the nicotine is in a vapour which you inhale. These are popular products for stopping smoking and are thought to be effective. However, the full effects and health risks of vapes are yet to be properly established.

Champix is an effective medicine that can help you to stop smoking.

Champix comes in two doses: 0.5mg and 1mg. These different Champix dose tablets are used together to create a treatment course which both decreases the risk of experiencing any negative side effects and increases the user’s chance of quitting smoking for good.

Champix cannot be purchased over the counter — it requires a prescription issued by a medical professional. You can buy Champix 0.5mg and 1mg tablets online through The Independent Pharmacy.

All you need to do is fill in our online consultation form and our medical team can issue your smoking cessation treatment for delivery as quickly as the next working day.

Champix Side Effects: Everything You Need To Know

How Does Champix Work? What You Need To Know About The Smoking Treatment