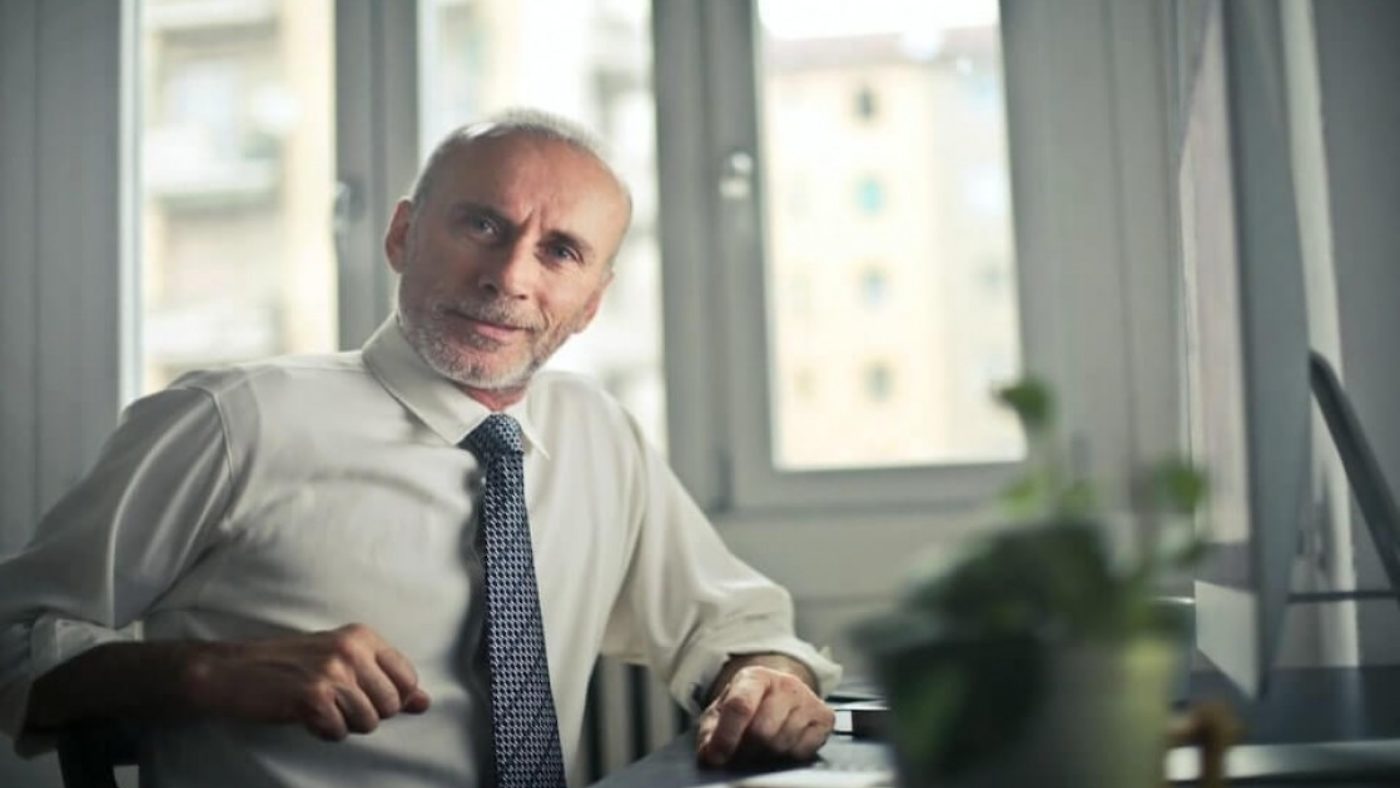 Champix is an effective and popular treatment if you’re serious about quitting smoking — it can double your chances of success and help you to quit for good. But are there any Champix side effects you need to know before you start your treatment?

That’s why we’ve created this article — to help you understand more about the possible risks and side effects of using Champix. We’ll be covering the more common Champix side effects as well as a comprehensive list of all known side effects and any more serious ones that you need to know about.

What is Champix used for?

Champix is used to help stop people smoking. It is extremely effective, and as a result, a popular treatment option for those wishing to quit smoking.

It is a prescription-only medicine, so you won’t be able to buy it over the counter at a pharmacy or supermarket. You usually need to see your GP, a pharmacist, or contact an NHS stop smoking service to get it.

Champix works by reducing cravings and blocking the effects of cigarettes. Find out more about Champix by reading our dedicated ‘How does Champix Work?’ page.

Champix tablets are normally taken over the course of 12 weeks, whereby you will start on a lower Champix dose and work your way up to one 1mg tablet taken twice daily.

During this time — once you’ve built up enough Champix in your system — you will choose a ‘stop date’ when you stop smoking cigarettes. Once you have finished your course of treatment, you should have stopped smoking for good.

Champix comes in the form of 0.5mg or 1mg tablets. You can buy Champix tablets from The Independent Pharmacy.

What are the side effects of Champix?

That doesn’t mean that everyone who takes this medicine will experience Champix side effects. Most people who decide to take Champix tablets to help quit smoking will have a very positive experience without encountering any negative side effects.

However, it’s worth finding out more about the possible side effects of Champix that you may experience, should you choose to take it.

Below we have listed the known Champix tablets side effects that could occur:

Very common side effects (may affect more than 1 in 10 people):

As you can see, there is a wide range of different side effects which may be experienced, some of which are mild (particularly the more common side effects) and some which are more serious (which tend to be a lot more uncommon). On the whole, users tend to be very happy with this treatment — you can find out more on our Champix reviews page.

This list is not exhaustive, and there may be other very rare side effects you might experience that have not been listed above.

If you are worried about any of the side effects we have mentioned or any that haven’t been listed, speak to us or your doctor for further guidance.

More common side effects and symptoms

The most common Champix side effect is nausea. This affects around three in 10 users. If this is the case, you may also experience vomiting. However, if it does occur, the nausea from Champix is usually mild to moderate and tends to fade with time.

Other more common side effects of Champix include problems with the sinuses and upper respiratory systems, including inflammation of the nose and throat, shortness of breath, a cough, chest pain and chest infection. You may also experience headaches.

In some cases, users have reported abnormal dreams (very strange, vivid or unusual dreams) and difficulty sleeping after starting a course of Champix. This is a relatively common side effect, affecting approximately one in 10 of those who take it.

If you find that you are experiencing abnormal dreams when taking Champix and you are concerned, speak to your doctor. However, it can help to take your evening dose after you eat in the evening — and not just before bedtime — to reduce any sleep-related side-effects.

Serious side effects and symptoms

Serious side effects of Champix are unusual, but they may still happen.

Here are the more serious Champix side effects to be aware of:

It is worth noting that the risk of experiencing these serious side effects is very low.

You should always consult your doctor if you experience serious side effects or signs (such as the ones listed above) from any medication, including Champix.

If you feel like your symptoms are dangerous or life-threatening, call the emergency services, and, if you are ever in any doubt, check with a medical professional immediately.

Combining Champix and alcohol should be done in caution, due to the potential adverse effects and interaction between the two.

Drinking alcohol while taking Champix (or any other similar smoking cessation treatment with varenicline as the active ingredient) is thought to increase the likelihood of developing mood disorders or experiencing abnormal behavioural changes.

There have also been reports from patients of increased intoxicating effects of alcohol while taking Champix. Some users have described feeling more drunk than normal, as well as other adverse effects such as memory loss and behavioural changes such as aggression.

It is strongly recommended that you only drink alcohol in moderation whilst taking Champix to avoid increasing the effects of alcohol or changing the way you react to it.

Champix has been associated with depression and suicidal behaviour, particularly in patients with existing depression.

The exact nature of the link between Champix and depression still needs to be established, however. Some people who have used Champix tablets to stop smoking have reported feeling depressed, but it is unclear whether this is due to the medicine itself or from stopping smoking. Depression and similar feelings are commonly associated with quitting smoking, whether you are taking an additional drug like Champix or not.

If you are taking Champix and you experience a depressed mood, agitation, suicidal thoughts or any other symptoms of depression, stop treatment immediately and speak to your doctor as soon as possible.

If you have a history of depression or any other mental health disorders, you should talk to your doctor before deciding to take Champix. They may suggest some other options for you.

There isn’t really a connection between Champix and weight gain. Weight gain is not a direct side effect of Champix, and is not listed in the Patient Information Leaflet you will receive with your medicine.

Different Champix users have reported a decrease in appetite or an increase in appetite, but this is more thought to be related to the act of quitting an addictive habit like smoking, rather than Champix itself.

It is very normal for people to change their eating habits and put on a small amount of weight while they are quitting smoking. This is down to satisfying cravings more than anything — in this case, replacing the act of smoking with eating.

It isn’t recommended that you take Champix while pregnant.

Whilst it is important to stop smoking when you are pregnant or breastfeeding, Champix should not be used during this time.

This is because we do not currently have enough information about the impact of Champix during pregnancy, on either the health of the mother or baby, so we cannot be sure how much of a risk this medicine poses.

If you are pregnant or planning to get pregnant and you are trying to quit smoking, you should speak to your doctor. They will be able to advise you on the most effective treatment programme to help you stop smoking.

The same goes for Champix and breastfeeding. There is currently no clinical data on whether varenicline passed into breast milk, but this cannot be ruled out. If you aren’t sure what to do, your doctor will be able to talk through your options further with you.

Although it doesn’t happen to everyone who takes this medicine, it is possible to experience Champix withdrawal symptoms.

In some cases, users may encounter Champix side effects after stopping. This can include increased irritability, sleep disturbance, depression and an urge to smoke.

If you notice any of these Champix withdrawal symptoms occurring, speak to your doctor. They may suggest tapering off your Champix dosage slowly over the course or a week or so, so that your body gradually adapts to the decreasing levels of the medicine. This will help to avoid any severe Champix side effects after stopping your course of treatment.

Champix is an effective and popular prescription-only medicine which is used to help stop people smoking.

Most people who use Champix will not experience any negative side effects and will have a positive experience with this treatment.

However, as with all medicines, there is a chance you may encounter side effects. These are generally mild and not serious.

The most common Champix side effect is nausea, which affects around three in 10 users. However, this nausea is usually mild to moderate and generally fades with time.

Other more common side effects of Champix include problems with the sinuses, headaches, insomnia and abnormal dreams.

If you would like to try Champix, you can buy it here at The Independent Pharmacy. Simply fill in the online consultation form on the Champix page, and our team of qualified prescribers will be able to approve your order ready for next-day delivery.

Champix Dose: How To Use Champix Safely

How Does Champix Work? What You Need To Know About The Smoking Treatment