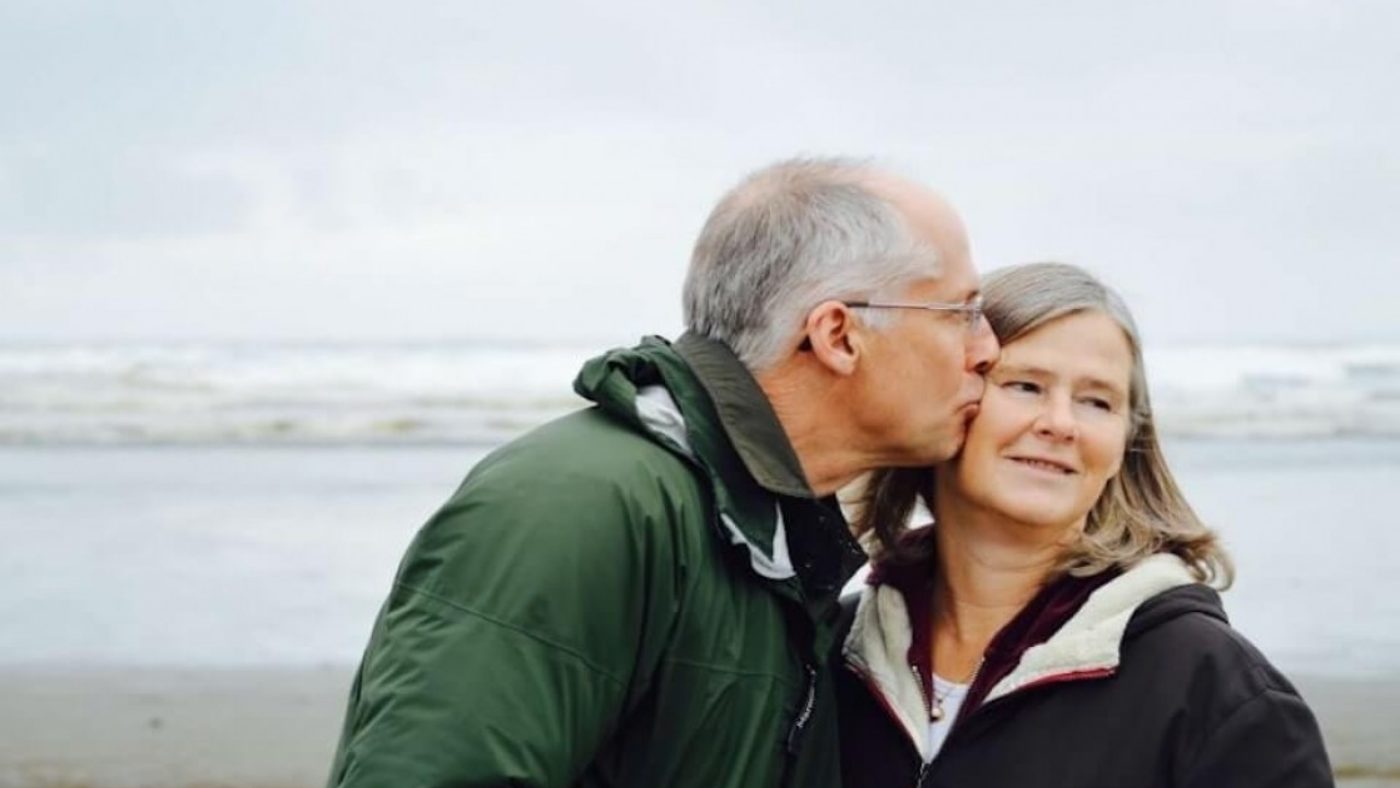 If you are going through the menopause and experiencing severe symptoms such as hot flushes, night sweats, insomnia and low mood, then using hormone replacement therapy (HRT) can make life much easier. Menopause treatments like Elleste Solo are widely prescribed and can be very effective, but when it comes to Elleste Solo, how long does it take to work?

We’ve created this guide to answer all of your questions about Elleste Solo — such as what it is, whether it works, and how it compares to other treatments.

Understanding more about this HRT means you will be more informed about what to expect should you take it, as well as help you to decide if this is the right treatment choice for you.

Read on to find out more about Elleste Solo.

Elleste Solo is a type of hormone replacement therapy (HRT) that is used to treat menopausal symptoms. Elleste Solo comes in the form of daily oral tablets.

During the menopause, the levels of oestrogen that a woman’s ovaries produce naturally decreases. This change in hormone levels is a natural part of getting older and serves to stop the menstrual cycle (meaning you will no longer be able to have children). However, these hormonal changes can also lead to a number of unwanted and unpleasant symptoms such as hot flushes, sleep problems, depression, irritability, low libido, and osteoporosis.

If these symptoms are severe, Elleste Solo can be prescribed to alleviate them.

Elleste Solo is an oestrogen-only HRT, which means it only contains one active ingredient — estradiol, which is identical to the female hormone oestrogen.

Oestrogen-only HRT is usually only recommended for use by women who have had a hysterectomy. This is because using oestrogen on its own carries an increased risk of developing endometrial cancer (cancer of the womb or uterus) or other complications. However, if the womb has been removed through a hysterectomy, this is no longer a risk.

If you have not had a hysterectomy, you are more likely to be prescribed a progestogen medicine alongside Elleste Solo or a combined HRT treatment which contains a form of progestogen as well as oestrogen. Elleste Duet is the combined version of Elleste Solo. Progestogen counteracts the growth of the womb lining and reduces your risk of complications.

You can buy Elleste Solo tablets here, subject to approval by our medical team. They come in two dosages: 1mg or 2mg.

How long does Elleste Solo take to work?

Elleste Solo begins to work within a few weeks of starting treatment; you should notice a significant improvement in your menopausal symptoms during this time.

You may also experience some side effects during these first few weeks (or possibly months) of use. This is because your body is getting used to the hormone replacements you’re taking. Side effects can include nausea, headaches, breast tenderness or pain, fluid retention, cramps and mood changes. To find out more about the possible side effects that may occur if you decide to take Elleste Solo, you can visit our Elleste Solo side effects page.

For some users, it may take longer to feel a difference in menopausal symptoms; it can take up to three months to benefit from the use of an HRT like Elleste Solo. That’s why it is important to keep taking your Elleste Solo tablets at the same time every day — to ensure that they work as effectively as possible.

If you don’t think that Elleste Solo is helping to alleviate your symptoms within these three months — or that it’s actually making you feel worse — then it’s a good idea to speak to your GP to review your HRT. They may suggest changing your dosage or trying another type of HRT.

Yes — Elleste Solo is extremely effective at alleviating many of the unpleasant symptoms associated with the menopause. These can include anything from hot flushes to sleeping difficulties to osteoporosis to depression.

By supplementing the decreasing levels of oestrogen within the body, Elleste Solo works to combat the severe physical and upsetting psychological symptoms of the menopause. Many women find that using HRT is an extremely positive experience and drastically improves their quality of life.

You can read all about what real users think about this HRT and how well it works by heading over to our Elleste Solo customer reviews page. Reading about how real users find their experience of Elleste Solo will help you to get a feel for how successful it is as a treatment.

If you’ve been using Elleste Solo for longer than three months and you don’t feel that your menopause symptoms are improving (or you feel worse), then you should book an HRT review with your doctor to discuss your experiences. They may suggest a change in dosage or medication.

How do you use Elleste Solo?

Elleste Solo is very easy to use.

It comes in the form of tablets (either 1mg or 2mg). The dose will be decided by your doctor depending on the severity of your symptoms and your medical history.

Elleste Solo tablets should be taken at a similar time each day. You just need to swallow the tablet whole with a drink of water. This can be done with or without food — this won’t make a difference to how Elleste Solo works.

If you forget to take a tablet for whatever reason, you should take the missed dose as soon as you remember. However, if you have forgotten and it is more than 12 hours later than your normal tablet-taking time, you should skip that dose and then take your next one as usual.

It is important that you never double your dose to compensate for a dose that you have missed.

As with all HRTs, you should have regular check-ups and treatment reviews with your doctor (at least once a year).

As well as being used to treat symptoms of the menopause, Elleste Solo (and other oestrogen tablets) may also be prescribed in IVF — particularly for FET (frozen embryo transfer).

A FET cycle is one in which frozen embryos from either a donor or a previous IVF cycle are thawed and transferred into the woman. As these embryos already exist, you wouldn’t have to undergo another full IVF cycle (which would involve stimulation of the ovaries and egg collection).

Oestrogen tablets like Elleste Solo are used in these situations to build up the lining of the womb before the frozen embryo transfer. This helps to sustain the pregnancy.

If you want to learn more about Elleste Solo and IVF then it is best to speak to your doctor.

You will probably begin this HRT on the lower 1mg dose. If this doesn’t appear to be alleviating your menopausal symptoms after using the HRT for a while, your doctor may possibly increase your dose to 2mg.

Elleste Solo 2mg tablets are also used as an effective preventative treatment for postmenopausal women who are at high risk of bone fractures and cannot take other osteoporosis medicines.

Both Elleste Solo strengths are available to treat the symptoms of menopause from The Independent Pharmacy here.

How does Elleste Solo compare to similar medications?

There are other oestrogen-only HRT treatments that work similarly to Elleste Solo to relieve menopausal symptoms:

Zumenon is very similar to Elleste Solo; it also contains the active ingredient estradiol as hemihydrate.

Zumenon is available in both 1mg and 2mg dosages. As with Elleste Solo, your doctor will likely start you off on the 1mg strength tablets before progressing you to a higher dosage if your symptoms do not improve in time.

One tablet is to be taken orally every day at the same time, without a break between packs.

Because the two medications are so similar, your doctor may prescribe either for you, and you are unlikely to have different experiences with the two HRTs. However, if you are unsure, you should speak to your GP for further assurance.

Like Elleste Solo, Zumenon is only recommended for women who have had a hysterectomy as it carries an increased risk of developing endometrial cancer when taken on its own.

Elleste Solo is an effective hormone replacement therapy (HRT) that is used to treat severe symptoms of the menopause. This can include hot flushes, sleeping problems, extreme mood swings, vaginal dryness and osteoporosis.

The active ingredient in Elleste Solo — estradiol — is a natural version of the oestrogen (female hormone) found in the body; by using Elleste Solo to supplement the natural declining levels of oestrogen in the body, menopausal symptoms can be alleviated.

Because Elleste Solo is an oestrogen-only HRT, using it on its own carries an increased risk of endometrial cancer and other complications. For this reason, it is usually only prescribed to women who have had a hysterectomy (who aren’t affected by this). Women who have not undergone a hysterectomy and have a womb are usually prescribed a combined-form HRT instead, or another additional medication alongside Elleste Solo to reduce these risks.

Elleste Solo is quick and effective at treating menopausal symptoms with minimal side effects.

If you think this might be the right menopause treatment for you, you can buy Elleste Solo safely from The Independent Pharmacy. You simply need to fill out our online consultation form — it’s free and easy to do, and your medication can be sent to you next day delivery.

Post menopause symptoms & treatments: everything you need to know

Migraines And Menopause: Are They Linked?

Signs Of Perimenopause: The Symptoms & Facts You Need To Know