Cialis and Viagra are two of the most popular erectile dysfunction treatments available today. They are commonly prescribed to men suffering from impotence to help them enjoy a normal, active sex life.

There are lots of things to consider when you’re comparing Cialis vs Viagra. Dosage, duration, other medications, and more factors should all be taken into account.

If you’re interested in using Viagra or Cialis for ED and you want to know more, we’ve created this useful guide comparing the two. We look at the difference between the two in more detail and compare which treatment might be better for you.as well as considering other some of the other available ED treatments.

Cialis vs Viagra: which gets you harder?

Contrary to popular belief, neither erectile dysfunction medication, Cialis or Viagra, is able to make you harder than the other. Each ED treatment is effective at helping men achieve and sustain an erection during sex.

It’s worth noting that, while both Cialis and Viagra will help you achieve a harder erection, this only works if you suffer from erectile dysfunction. If you can already achieve a strong erection without the use of ED treatments, neither Viagra nor Cialis will make you harder.

Cialis or Viagra: which is better?

Viagra and Cialis are both effective ED treatments that many men use to help them sustain an erection. Neither medication is necessarily ‘better’ than the other, but both Cialis and Viagra have some unique properties that make them suitable for different people.

One key difference between the two is how long they last. Viagra lasts for up to 5 hours, although this varies depending on the user. Cialis Daily, on the other hand, lasts for around 24 hours, while Cialis on demand lasts for up to 36 hours.

Another difference between Cialis and Viagra is the frequency with which they are taken. Viagra and Cialis on demand are taken as needed before sex. Cialis Daily, however, is taken once a day, every day.

Many customers find their erections from both Cialis and Viagra satisfactory. If you’re unsure about which is right for you, check out our customer reviews of Cialis here.

What’s the difference between Cialis and Viagra?

While Viagra and Cialis are both medications used to treat impotence, they are not the same. Both are used to treat erectile dysfunction, but they have some key differences.

Cialis contains the active ingredient tadalafil, while Viagra contains sildenafil. Both ingredients increase blood flow to the penis to help a man get and sustain an erection.

Viagra and Cialis are generally as effective as each other.

For Viagra and Cialis to work effectively, you must first be sexually aroused. They do not increase your sexual desire (libido).

You should also make lifestyle changes to increase the effectiveness of Cialis and Viagra. Quitting smoking, losing weight, and exercising regularly all make ED treatments such as Viagra and Cialis work better.

Dosage differences between Cialis and Viagra

The 2.5mg and 5mg dosages are known as Cialis Daily. These should be taken daily when you are having sex at least twice a week. The 10mg and 20mg dosages of Cialis, on the other hand, should be taken as required before sex.

Viagra, on the other hand, comes in three dosages:

Viagra should be taken as required before having sex.

Do I need a prescription for Cialis or Viagra?

Cialis vs Viagra: side effects

Like all medications, both Cialis and Viagra can cause side effects. Below are some common side effects for both Viagra and Cialis:

Viagra vs Cialis: interactions with other medicines

Like all medications, both Cialis and Viagra can interact with other medicines.

You should not take Cialis with any of the following:

You should not take Viagra with any of the following:

If you are taking any other medication and you are unsure whether Viagra or Cialis will interact with it, speak with your doctor or pharmacist first.

Sildenafil is the active ingredient in Viagra. It is sold as both Viagra and as the generic medicine sildenafil.>

Sildenafil works in the same way as Viagra, increasing blood flow to the penis to help you get and sustain an erection.

While sildenafil is chemically the same as Viagra, it is much cheaper. Consequently, sildenafil is a more cost-effective Viagra alternative.

Cialis is the brand name for tadalafil, a medicine used to treat erectile dysfunction in men. Cialis is essentially the same as tadalafil. Consequently, there is no difference between Cialis and tadalafil.

Although tadalafil is medically the same as Cialis, it is often much cheaper. As a result, tadalafil is a more affordable alternative to Cialis.

Cialis and Viagra are both effective and popular erectile dysfunction medications. Many men use Viagra and Cialis to overcome impotence so they can enjoy a healthy sex life.

Hopefully, the information above will help you make an informed decision about the right ED treatment for you.

If you’ve decided that Cialis is the right medication for you, you can buy Cialis here from The Independent Pharmacy. Or if you think that Viagra is the right choice for you, buy Viagra here instead.

Once you’ve decided on the ED treatment for you, simply complete our quick online consultation. Once we’ve approved it, we’ll dispatch your medication the same working day (before 4pm) in plain, discreet packaging. 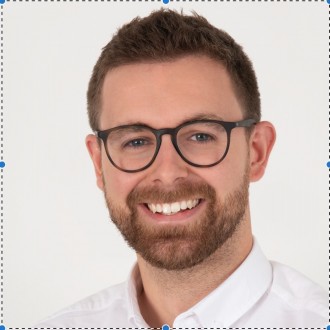 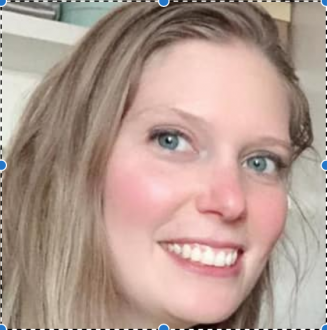